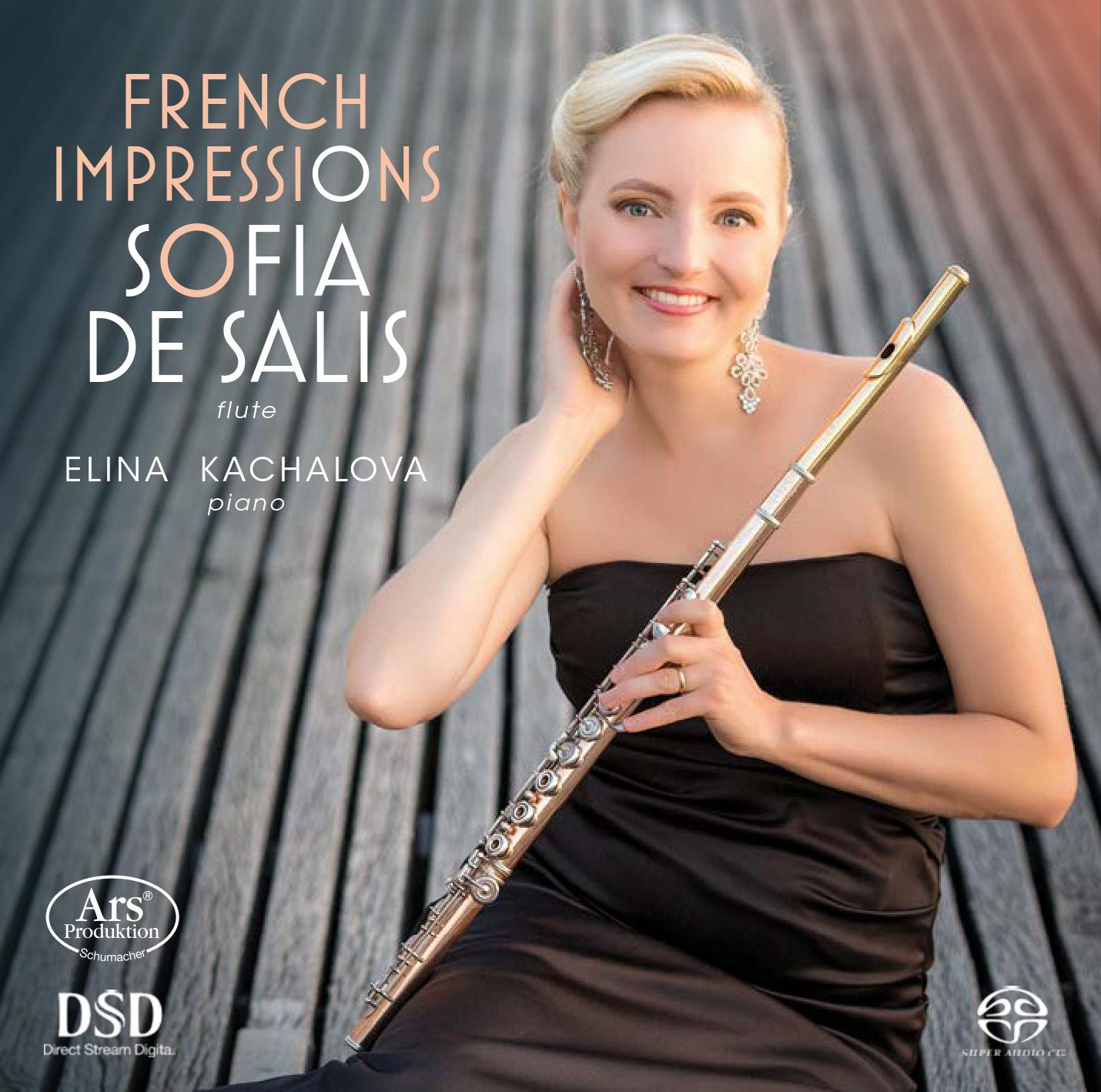 On her debut album French Impressions, flautist Sofia de Salis has dedicated herself to a repertoire whose melodic attraction and varied expressiveness shows the instrument perhaps in its best light. With the highly diverse characteristics and the heterogenic style of the works, one can follow up the French tradition of the 20th century, ranging from late Romantic sound ideals, to impressionism, and up to avant garde. The CD was created in cooperation with Russian pianist Elina Kachalova at the label ARS Produktion – for the renowned Swiss flautist Felix Renggli it already “is a wonderful example of finest chamber music with the flair and colour of french flute music. Well balanced, freshly played, this recording is an inspired performance of music, composed in the golden age of flute.”